Learn how to make the perfect communion ribbonUncategorized

Types and styles of Communion dresses for children

This year his first Communion…

We continue to accompany you on the difficult path of organize the Communion of your children. You are already immersed in the first steps to book the place to celebrate Communion It’s time to think about how you’re going to dress them. In this case, we would like to focus on the types and styles of Communion dresses for children.

It is often thought that the girls’ dresses are the center of attention in the celebration of the First Communion due to their wide variety and the richness of their fabrics. However, children also have a wide range of Communion dresses to choose from; some of which make them look like authentic gentlemen.

If your child celebrates his or her First Communion and you are still lost, here we leave you a description of types and styles of communion suits for boys you can find for him.

The sailor Communion dress traje de Comunión de marinero Originally, the sailor suits for First Communion are available in white, ivory or blue. In recent years, however, innovations have been introduced to bring freshness to the outfit, including cool fabrics such as linen and the introduction of other colors such as earth tones, browns and grays, some of them in iridescent and even metallic fabrics.

In addition, it is also possible to find sailor shorts suits, that bring a lot of liveliness and with which children feel more comfortable when playing. 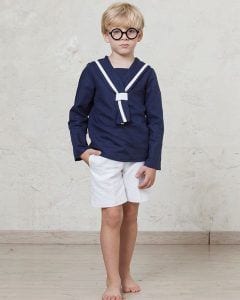 The admiral costume for the First Communion is the second of the great classics for this occasion. Communion dress, because it simulates a real (and high-grade) uniform. The traditional admiral costumes are available in white or blue, although there may be different variations.

The most original part of this outfit is the accessories. The admiral costumes are accompanied by the accessories of the rank, such as the shields on the chest, the cords, the stripes and the metal buttoning.

The communion robes for children They can be simpler habits or, the more elaborate ones, imitations of priestly costumes. Normally, it is the schools or parishes that indicate that the boys should wear this attire and provide it to them as well as to the girls. It is most common for the little ones to wear this attire during the ceremony, but then change for the celebration of the event.

It is becoming more and more typical to relax the etiquette of this event and to dress children with conventional suits for your First Communion. The American jacket looks great on children, especially when combined with a pair of pleated pants. White, gray and brown are the star colors to dress children on this important day. In addition, the conventional suit, as in the case of the sailor suit, gives you the possibility of dressing the child with shorts with which you feel most comfortable.

The major advantage of the conventional suits for First Communion is the freedom you have when it comes to putting it together. Not only can you choose the length of the pants, but you can also choose different shades for the jacket and pants, match them with vests, with bow ties or neckties and choose the style of the shirt. We propose you this beautiful Mao collar shirt.

Possibly, choosing a Communion tuxedo is the most daring option. Nowadays, it is possible to find different tuxedo models for children.

If what you want is to give a unique touch to the your child’s First Communion dress, pay attention to the small details. Boys will look perfect with original cufflinks or an elegant tie pin.

The most important thing to remember is that the person who should feel most comfortable with the type and style of First Communion dress you choose is your child. So before you enter into any commitment or jump into any purchase, talk to him, show him the various options available to him and ask him which one he would like to wear.

If the child is comfortable with his or her Communion dress, The whole ceremony and the subsequent celebration will go smoothly, as the little one will transmit his illusion to the rest of the guests. 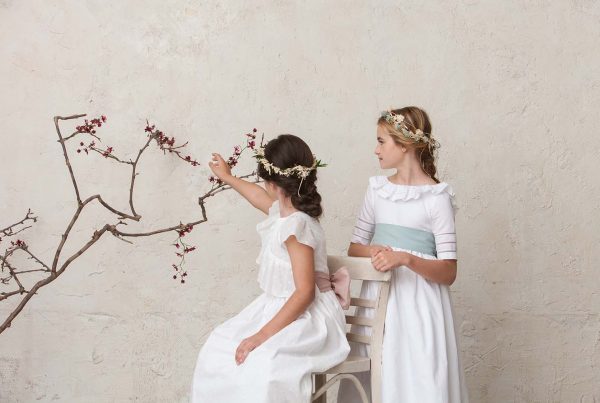 How to style your little girl’s hair on the day of her first communion? 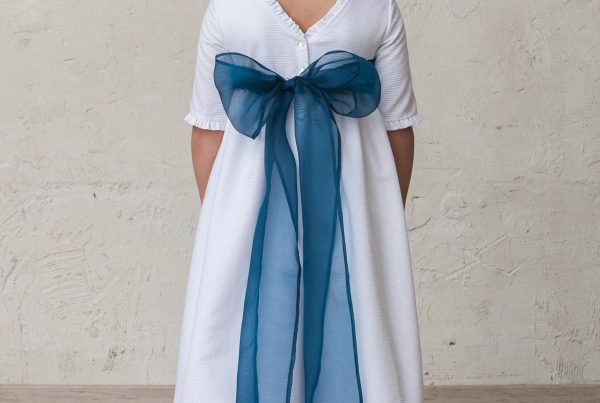 Learn how to make the perfect communion ribbon 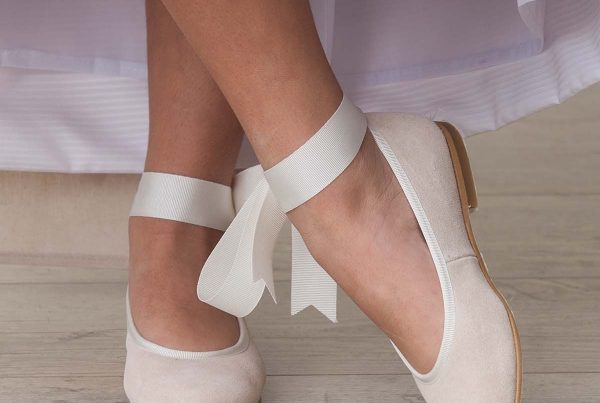 Learn how to make the perfect communion ribbon

Shoes for the day of your Communion: different ideas

About us
Size Guide
Terms and Conditions
Are you a store?

We love cookies! 🍪 We use them to improve the navigation, more info here.
ConfigureAccept
Manage consent